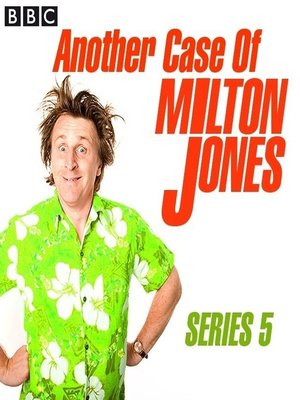 The man they call 'Britain's Funniest Milton' stars in his smash-hit Sony Award-winning show "Another Case Of Milton Jones" co-starring Tom Goodman-Hill ('Ideal'), Lucy Montgomery ('Down The Line') & Dave Lamb (the voice of 'Come Dine With Me')

In each episode, Milton is a complete and utter expert at something - Astronomer, Diplomat, Undercover Journalist, Celebrity Gardener (!), Royal Speech Therapist or Lorry Driver - and in each episode, with absolutely no ability or competence, he plunges into a furiously funny and fast-paced adventure with utterly hilarious results.

In this episode, in a little tribute to a slightly well-known film, Milton Jones is the royal Speech Therapist. And so he helps a Prince find his voice and a king find his pomegranates. He also starts three wars in one afternoon, and another three a little later on. As Milton says - "So wash your mouth out and my read my lips as I project Another Case Of Milton Jones!"