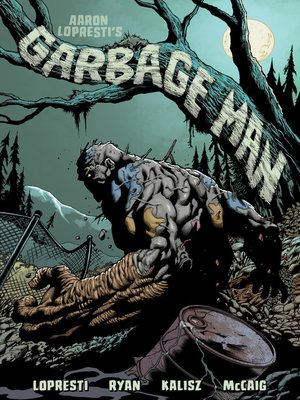 View more libraries...
Ambitious lawyer, Richard Morse, uncovers the illegal operations of a pharmaceutical giant and is abducted and experimented on by the Corporation’s scientists.
Morse’s body is destroyed in a lab explosion, but his chemically charged remains merge with the soil and refuse changing him into the revenge minded monster/hero, Garbage Man.

This volume collects the Garbage Man story featured in Weird Worlds #1–#6 and My Greatest Adventure #1–#6.