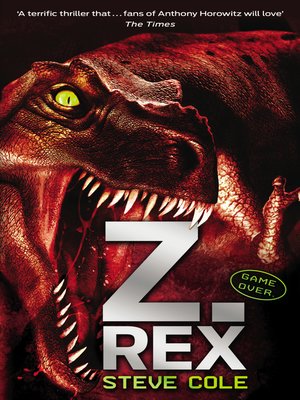 Adam Adlar is alone in an isolated apartment building wondering why his scientist dad hasn't been able to get home for over a week . . . Even he doesn't want to play computer games alone for ever.

Z Rex is a living, breathing, man-eating dinosaur who has been brought to life by Adam's dad. He can talk, think - and kill. And, he has no idea why he's here. Zed wants answers, and Adam's dad has them . . .

When Adam encounters Z Rex his first thought is to flee. But Z Rex is actually the closest Adam has to a friend in this new and terrifying reality.

Can boy and dinosaur work together to defeat the evil forces ranged against them?