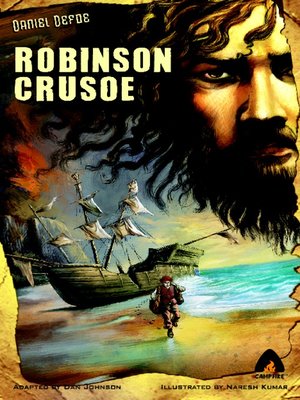 Robinson Crusoe is not content with his life in England. He is bored and wants to see more of the world. His curiosity convinces him to leave his homeland and travel abroad.

Without telling his parents, young Robinson sets off on a voyage of discovery. During the years that follow he learns much, not just about the world, but about himself as well. Following disaster at sea on more than one occasion, Robinson toys with the idea of settling down. However, his adventurous character gets the better of him and he boards ship once again.

This time, though, a calamitous shipwreck wipes out the whole of the crew and leaves Crusoe alone on a seemingly deserted island.

How is it possible for one man to survive in such a situation? Will he manage to leave or be forced to remain on the island?