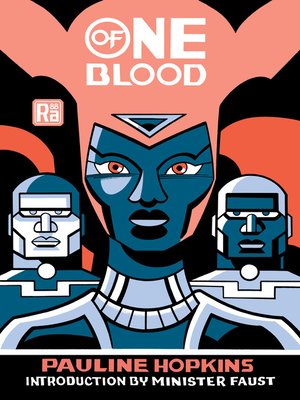 View more libraries...
A mixed-race Harvard medical student stumbles upon a hidden Ethiopian city, the inhabitants of which possess both advanced technologies and mystical powers.
Long before Marvel Comics gave us Wakanda, a high-tech African country that has never been colonized, this 1903 novel gave readers Reuel Briggs—a mixed-race Harvard medical student, passing as white, who stumbles upon Telassar. In this long-hidden Ethiopian city, the wise, peaceful inhabitants of which possess both advanced technologies and mystical powers, Reuel discovers the incredible secret of his own birth. Now, he must decide whether to return to the life he’s built, and the woman he loves, back in America—or play a role in helping Telassar take its rightful place on the world stage. Considered one of the earliest articulations of Black internationalism, Of One Blood takes as its theme the notion that race is a social construct perpetuated by racists.

Minister Faust is best known as author of The Coyote Kings of the Space-Age Bachelor Pad (2004) and 2007’s Kindred Award-winning From the Notebooks of Dr. Brain (retitled Shrinking the Heroes, it also received the Philip K. Dick Award Special Citation). An award-winning journalist, community organizer, teacher, and workshop designer, Faust is also a former television host and producer, radio broadcaster, and podcaster. His 2011 TEDx talk, “The Cure For Death by Smalltalk,” has been viewed more than 840,000 times.