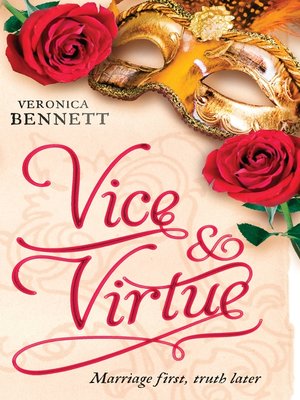 What happens when you marry for neither love nor money?

1700, London: a city so crowded and unregulated that anyone, should they so desire, could slip away – disappear down a back street and become someone else. After the death of her father, seventeen-year-old Aurora Eversedge is left without a dowry and agrees to marry a much older man who claims to be wealthy, though in poor health. On their wedding night, Edward Francis confesses that, in fact, he is penniless but that his health is robust – also that his proposal of marriage carried an ulterior motive: he wants Aurora to act as a spy for him. Edward's father had left his fortune to his sworn enemy, Josiah Deede. Edward suspects that Josiah murdered his father and is determined to regain his inheritance and bring Josiah Deede to justice. Aurora's first assignment is to make the acquaintance of Josiah's daughter, Celia, and son, Jos, at a Covent Garden theatre. Vice and Virtue is full of acute observation of social life that characterizes Jane Austen's work – the sort of book Jane Austen would have written if she wrote mysteries.