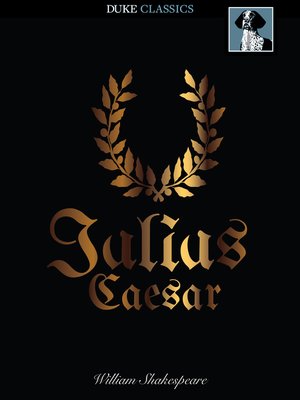 Although Shakespeare's play Julius Caesar is named after the legendary Roman political leader, the central character is thought by many to be Marcus Brutus, Caesar's friend turned foe who struggles throughout the play with conflicting obligations of friendship and duty. While Caesar is warned in a prophecy to "beware the Ides of March" the Roman senators, including Brutus are secretly plotting his assassination, hoping to rid Rome of the threat of a tyrant who they believe plans to overthrow democracy and install a monarchy. The source of the famous lines "Et tu, Brute?" and "Friends, Romans, countrymen, lend me your ears…" this tragic history play is based on the real events surrounding the assassination of Julius Caesar in 44 BC.