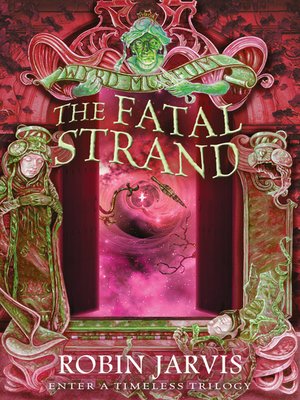 Timely release of the classic fantasy trilogy by Robin Jarvis in ebook format, following on from the landmark publication of DANCING JAX, his first novel in a decade

In a grimy alley in the East End of London stands the Wyrd Museum, cared for by the strange Webster sisters -- the scene of even stranger events.

But something has come to disturb the slumbering shadows and watchful walls of that forbidding edifice. Miss Ursula Webster is determined to defend her realm to the last as the spectral unrest mounts. Once again, Neil Chapman is ensnared in the Web of Fate, facing an uncertain Destiny. Can he and Edie avert the approaching darkness, or has the final Doom descended upon the world at last?

The thrilling conclusion to the chilling trilogy.