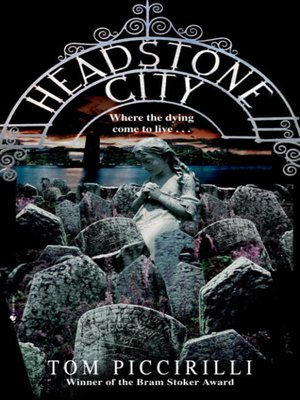 View more libraries...
"Tom Piccirilli is the master of the Southern gothic, quietly building horror where the chills grow with increasing strangeness."—Denver Post
A haunted man must settle his accounts with the living—and the dead. . . .
The night Johnny Danetello drove a dying girl through the streets of Brooklyn in his cab, he was trying to save her life. Instead he ran down a cop and lost her and his freedom. Every day in prison, Johnny knew that Angie Monticelli's family blamed him for her death, and that going home would be suicide. But Johnny has unfinished business with his former friend turned mob boss, Vinny Monticelli.
Now Johnny has returned to converse with the doomed and the dead—and wait for Vinny to make his move. Survivors of a long-ago freak accident, the two men share access to alternate realities no one else can know—and to a past and present that will all become the same in a city only one of them can leave alive. . . .
"In a genre where twisted souls and violence are the norm, Piccirilli's work stands out for how it blends these elements with a literate sensibility."—Publishers Weekly
BONUS: This edition contains an excerpt from Tom Piccirilli's The Last Kind Words.