Angel of the Seventh Day 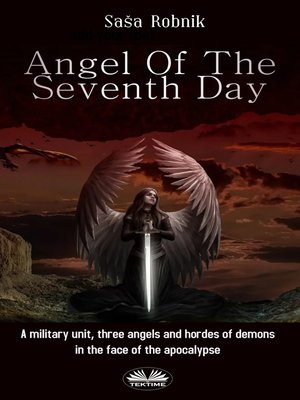 A military unit, three angels and hordes of demons in the face of the apocalypse.
The one whose name shall not be mentioned, in his deviousness, proposes to the Creator the apocalypse on Earth to clarify once and for all, to whom it will belong. To the surprise of his angels, the Lord agrees, but under certain conditions, and sends the archangels Michael and Gabriel to Earth to keep an eye on the agreed arrangement. Acontrol group, the employees of a gas station on the highway, will play a leading role during the apocalypse, and that is why they will come under special attention of not only the evil forces, but also of the archangels, who will try to prevent any breach of contract and any wickedness of the competitors. Of course, they will have their hands full. So will the army, which is trying in vain to suppress the invasion of hundreds of millions of beasts from hell. Will evil succeed? Is wickedness stronger than goodness, and will our protagonists, with a little help from angels, succeed in thwarting all the insidiousness and traps of the forces of evil and saving humanity? Read this adventurous, epic novel.