We Know Our Onions 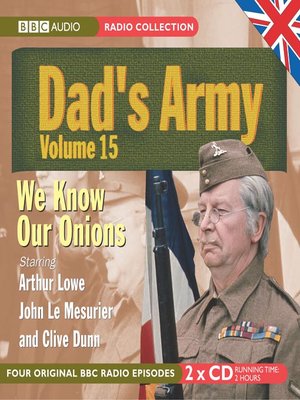 From the annals of wartime Britain come four brilliantly funny episodes with Captain Mainwaring’s Home Guard, ever ready to strike terror into the heart of the Wehrmacht from their unit in Walmington-on-Sea.

Always prepared to fight to the finish, this endearing team is at its incompetent best in this quartet of adventures.

So join Walmington’s finest and discover why onions feature in an initiative test, the pride when the platoon is chosen to provide a guard of honour as the Royal Train passes through, how the platoon risees to the challenge of live ammunition, and how Captain Mainwaring becomes a casualty of war, leaving Sergeant Wilson in charge.