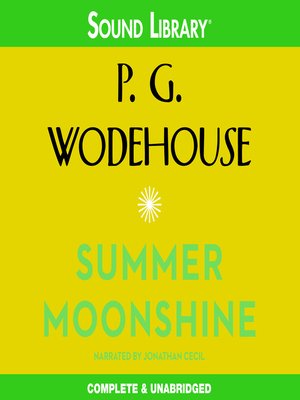 The hideous Walsingford Hall is home to an odd assortment of coves...The vile premises belong to Sir Buckstone, who is in a little financial difficulty. So for a little monetary help he puts a roof over the heads of people like (among others) Tubby Vanringham, the adoring slave of cold-hearted Miss Whittaker. His brother Joe has fallen head over heels for Sir Buck's daughter Jane. She, however, only has eyes for Adrian Peake, who has already formed a liaison with the terrifying—but superbly wealthy—Princess Dwornitzchek. Is there no end to the confusion?