The Traitor and the Tunnel 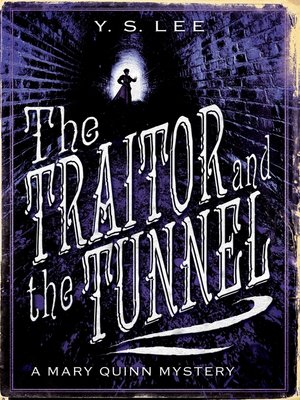 The third colourful and action-packed Victorian detective novel about the exploits of agent Mary Quinn.

Queen Victoria has a little problem: a series of petty thefts from Buckingham Palace. She calls the Agency for help, and they put Mary Quinn – on her first case as a full-fledged agent – on the case. Going undercover as a domestic servant, Mary's assignment seems simple enough. But before long, a scandal threatens to tear apart the Royal Family. One of the Prince of Wales's irresponsible young friends is murdered in scandalous circumstances and the story, if it became public, would disgrace the young prince. Should the Queen hush things up or permit justice to take its course? Mary's interest in this private matter soon becomes deeply personal: the killer, a drug-addicted Chinese sailor, shares a name with her long-lost father. Meanwhile, James Easton's engineering firm wins a contract to repair some sewers beneath Buckingham Palace. Trouble is, there's a tunnel that's not on the plans. Its purpose is unclear. But it seems to be very much in use – it's just not clear by whom. These overlapping puzzles offer a perfect opportunity for James and Mary to work together again. If they can still trust one another. If they can suppress the emotions that still torture them. If Mary can forget the sight of that exquisite blonde she sees in James's drawing-room... In this, Mary's most personal case yet, she faces struggles at every level – legal, political, personal. And she has everything to lose.