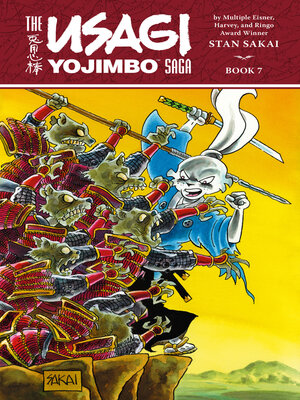 View more libraries...
One of the most critically acclaimed, longest running, and beloved adventure comics!
This seventh volume includes the stories "Traitors of the Earth," in which Miyamoto Usagi faces the undead; "A Town Called Hell," which sees Usagi caught in the crossfire between two competing lords; "Those Who Tread on the Scorpion's Tail," where Usagi takes on the notorious Red Scorpions—and more! 600 pages of emotive and thrilling samurai action!