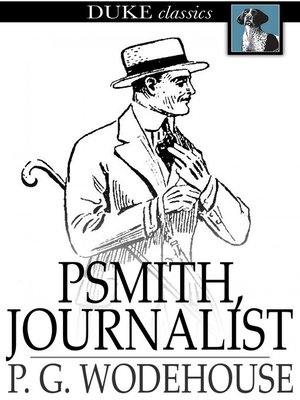 The globetrotting adventures and hilarious hijinks of bon vivant and force of nature Psmith continue in Psmith, Journalist. Psmith and his best friend, a cricket player by the name of Mike Jackson, travel to New York for a series of cricket matches. In his usual manner, Psmith soon finds himself sucked into several extraordinary situations, including a criminal enterprise spawned by several seedy underworld impresarios and a top role in the New York publishing industry.