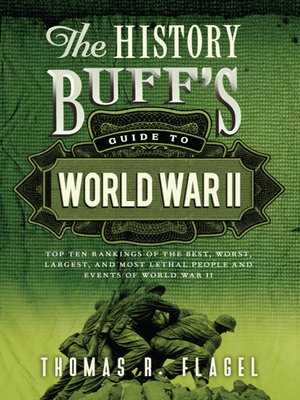 Did you know that neither Hitler nor Stalin graduated from high school? Or that the Allies often employed teenage girls as spies? In The History Buff's Guide to World War II, Thomas R. Flagel leaves no stone unturned as he presents dozens of top ten lists that examine the politics, leaders, and battles of the Second World War. From Hitler to Stalin, battleground to home front, Flagel's compelling analysis and attention to often-overlooked information ensures a surprise on every page for even the most dedicated World War II buff. This fresh, impossible-to-put-down book puts a new perspective on one of the most heavily researched wars of all time and is sue to enthrall expert and amateur historians alike.

Do You Think You Know World War II?