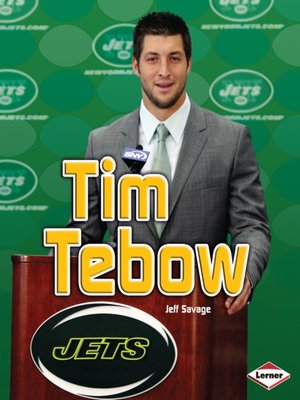 When Tim Tebow left the University of Florida in 2010, many people didn't think he would be good enough to play quarterback in the NFL. Tim had helped the Florida Gators become national champions in 2006 and 2008, and he won the Heisman Trophy in 2007 as college football's most outstanding player. But Tim was a better runner than a passer in college, and some experts thought his style would not work in the pros. He quickly proved the doubters wrong by leading the Denver Broncos to the playoffs in 2011. Traded to the New York Jets in the 2012 offseason, Tim continues to be one of the most popular athletes in any sport.