Clown in the Moonlight 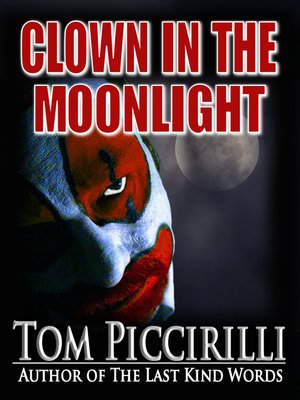 CLOWN IN THE MOONLIGHT is based in part on the true story of Ricky Kasso, the so-called Acid King, who murdered a friend in the Northport woods back in '84 claiming Satan  told him to do it, then proceeded to bring high school classmates to view the mutilated body for days afterward.  Occult, hardboiled, and noir matters enter the mix as a nameless drifter teaches Ricky and friends what the true nature of hell is really all about. Extras include the first chapter of Tom's forthcoming Bantam hardcover THE LAST KIND WORDS (due out June 5), the first chapter of his digital-only dark fantasy novel NIGHTJACK, and the short horror story "Shadder."