The Voyage of the Unquiet Ice 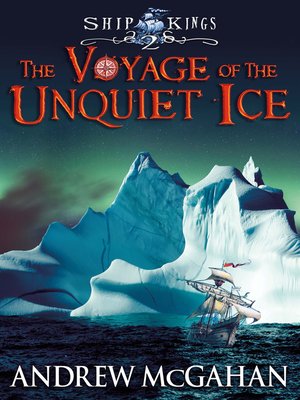 Courage, betrayal, an impossible journey. Dow's quest continues in this second adventure set upon the seas of a strange and compelling world. From award-winning author Andrew McGahan.

A vast figure loomed above the ice walls. It was made, no doubt, only of cloud or whirling snow, but it was an immense manlike thing, cast hugely against the sky. Its head stared down at them blindly, but one great arm seemed to beckon, urging the Chloe onwards. And from the depths of the gulf ahead the terrible whistling rose again.

Dow Amber has set sail at last upon the battleship Chloe, but can an outsider and an enemy ever truly belong in the Ship Kings' world? All too soon, Dow finds himself entangled in rebellion and treachery, and embarked upon a desperate voyage to the frozen north that will decide the future of the very empire. In the icy wastes Dow must take his fate in hand. Is he truly destined to be a mariner? Is the mysterious scapegoat girl Ignella a friend or a foe? And where will they each stand, when the long peace of the Four Isles threatens to shatter forever?

The Voyage of the Unquiet Ice is the second adventure in Andrew McGahan's epic Ship Kings series.