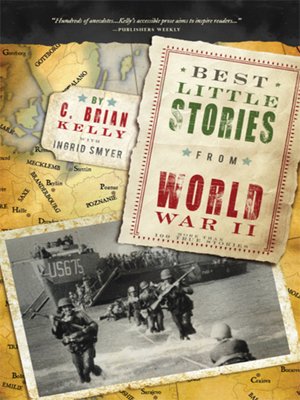 BEHIND THE GREAT POWERS , global military conflict, and infamous battles are more than 100 incredible stories that bring to life the Second World War. During the six years of war were countless little-known moments of profound triumph and tragedy, bravery and cowardice, and good and evil.

These amazing and unbelievable stories of brotherhood, redemption, escape, and civilian courage shed new light on the war that gripped the entire world. Experience the action through the eyes of people like:

Lieutenant Jacob Beser, who was aboard both the Enola Gay and Bock's Car and felt the force of the shockwave that nearly destroyed the planes after dropping the H-bombs that obliterated Hiroshima and Nagasaki.

Professor William Miller, who collapsed during a death march of POWs in Germany and was saved by the same man who had rescued him from what would have been a fatal car wreck in Pennsylvania five years earlier.

The brave civilians who answered the British Admiralty's call to help rescue an army from Dunkirk during the height of a dangerous battle and sailed small fishing boats into relentless German fire, ultimately saving 335,000 men from