The Poetry of Emily Dickinson 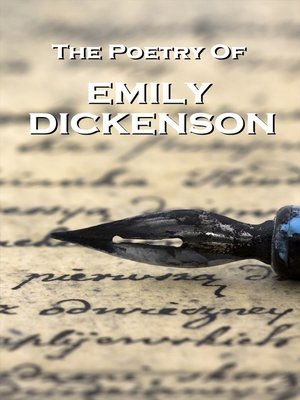 Poetry is a fascinating use of language. With almost a million words at its command it is not surprising that these Isles have produced some of the most beautiful, moving and descriptive verse through the centuries. In this series we look at individual poets who have shaped and influenced their craft and cement their place in our heritage. Emily Elizabeth Dickinson was born in 1830 in Amherst Massachusetts. Rightly regarded as a major American poet, her life was sheltered, introverted, and reclusive. Despite writing over 1800 poems, only a dozen or so were published during her lifetime. Her structures and wordings are at times difficult to get to grips with, though recurring themes of religion and death certainly shadow many of her works. At her death is 1886, it is likely her work might have been lost had it not been for a publication by her sister. Indeed it was only in the 1950s that a complete and unedited collection of her works was published. In the ensuing half century she has gradually climbed into the pantheon of Greats.

Many of the poems are also available as an audiobook from our sister company Portable Poetry. The full volume can be purchased from iTunes, Amazon and other digital stores. Among our readers are Patricia Rodriguez and Ghizela Rowe.