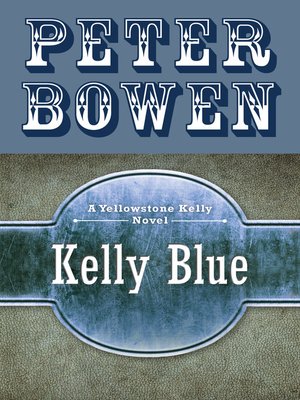 Yellowstone Kelly wasn't always a legend, but cast into the wilderness of the uncharted West, he finds he's a man with a talent for survivalBefore LutherYellowstone Kelly was an unexpected hero of the Old West, he was a young greenhorn, cast out of the big city and onto the frontier.  This sequel to Yellowstone Kelly: Gentleman and Scout begins at the deathbed of Buffalo Bill Cody, where Yellowstone plays cards and reminisces with the legendary frontiersman in his last hours. Looking back on his own life, he recalls the sidesplitting tale of his dalliance with an Episcopal bishop's daughter. This was the seed from which the legend of Yellowstone Kelly grew. Yellowstone carves an exciting, hilarious, and unforgettable path through the Old West, meeting historical figures and legends along the way. In Minnesota, he becomes the apprentice to noted mountain man Jim Bridger. In Utah, he runs afoul of Brigham Young and the Mormons. Through each adventure and misadventure, Kelly maintains his trademark wit and fortitude, always finding his way through even the stickiest mess.

Peter Bowen (b. 1945) is an author best known for mystery novels set in the modern American West. When he was ten, Bowens family moved to Bozeman, Montana, where a paper route introduced him to the grizzled old cowboys who frequented a bar called ...

More about Peter Bowen
Kelly Blue
Copy and paste the code into your website.
New here? Learn how to read digital books for free