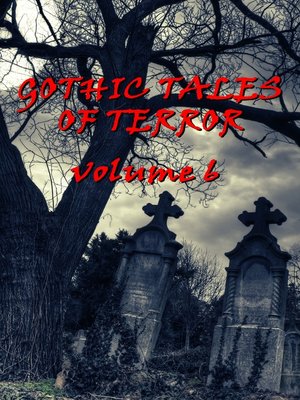 The short story is often viewed as an inferior relation to the Novel. But it is an art in itself. To take a story and distil its essence into fewer pages while keeping character and plot rounded and driven is not an easy task. Many try and many fail. In this series we look at short stories from many of our most accomplished writers. Miniature masterpieces with a lot to say. In this volume we examine some of the short stories from our many masters (and mistresses) of terror. GOTHIC TALES OF TERROR - VOLUME 6. This collection of short stories contains several gothic tales to bear macabre and chilling witness to writers as diverse as Charles Dickens, HP Lovecraft, Edgar Allan Poe and Jerome K Jerome. These tales are designed to unsettle you, just a little, as you sit back, and take in their words as they lead you on a walk to places you'd perhaps rather not visit on your own. Our stories are The Signalman by Charles Dickens, The Call of Cthulhu by HP Lovecraft, The Pit & The Pendulum by Edgar Allan Poe and Sir Edmund Orme by Henry James. These stories are read for you by many readers including Ian Holm, Garrick Hagan and Richard Mitchley. Many of these stories are also available as an audiobook from our sister company Word Of Mouth.

The full volume can be purchased from iTunes, Amazon and other digital stores. They are read for you by Ian Holm, Garrick Hagan and Richard Mitchley. Index Of Stories - The Signalman by Charles Dickens, The Call of Cthulhu by HP Lovecraft, The Pit & The Pendulum by Edgar Allan Poe, Sir Edmund Orme by Henry James.