The Short Stories of Oscar Wilde 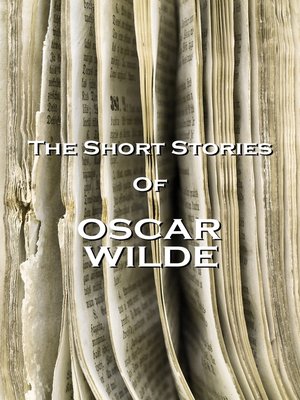 The short story is often viewed as an inferior relation to the Novel. But it is an art in itself. To take a story and distil its essence into fewer pages while keeping character and plot rounded and driven is not an easy task. Many try and many fail. In this series we look at short stories from many of our most accomplished writers. Miniature masterpieces with a lot to say. In this volume we examine some of the short stories of Oscar Wilde. Oscar Fingal O'Flahertie Wills Wilde was born on the 16th October 1854 in Dublin Ireland. The son of Dublin intellectuals Oscar proved himself an outstanding classicist at Dublin, then at Oxford. Wilde moved to London and its fashionable cultural and social circles. With his biting wit, flamboyant dress, and glittering conversation, Wilde became one of the most well-known personalities of his day. His is only novel, The Picture of Dorian Gray was published in 1890 and he then moved on to writing for the stage with Salome in 1891. His society comedies produced enormous hits and turned him into one of the most successful writers of late Victorian London. Whilst his masterpiece, The Importance of Being Earnest, was on stage in London, Wilde had the Marquess of Queensberry, the father of his lover, Lord Alfred Douglas, prosecuted for libel. The trial unearthed evidence that caused Wilde to drop his charges and led to his own arrest and trial for gross indecency. He was convicted and imprisoned for two years' hard labour. It was to break him. On release he left for France, There he wrote his last work, The Ballad of Reading Gaol in 1898. He died destitute in Paris at the age of forty-six sipping champagne a friend had brought with the line 'Alas I am dying beyond my means'. Many of these stories are also available as an audiobook from our sister company Word Of Mouth.

The full volume can be purchased from iTunes, Amazon and other digital stores. They are read for you by Richard Mitchley & Ghizela Rowe. Index Of Stories - The Model Millionaire, The Canterville Ghost, The Portrait of Mr. W. H., The Devoted Friend.