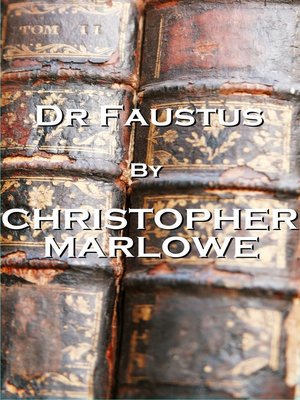 In this foundational classic play, Christopher Marlowe beautifully retells the legend of Doctor Faustus in a masterful combination of verse and prose. The celebrated moral of the play is about how excessive ambition and unlimited lust for knowledge and power lead to self-destruction and damnation. The protagonist in the story is a talented lower-class man who is obsessed with the study of sciences and the secrets of life. His excessive academic ambition and his reliance solely on logic and reason lead him to cogitate about the nature of the world and its existence and to question the utility of the "doctrine of Divinity." Unsatisfied with the knowledge that pure and experimental sciences can offer, he eventually decides to explore the curious world of Black Magic. Through the recital of a strange incantation, Faustus succeeds in summoning a devil called Mephistopheles who informs him that he will only obey his orders once a pact is signed between Faustus and the devil's master: Lucifer. The pact is signed by Faustus' own blood and stipulates that in return of Mephistopheles' services, which unexpectedly turn to be unworthy by the end, he must give his soul over to Lucifer. The denouement of the play opens the floor for different speculations about Faustus' damnation or salvation.