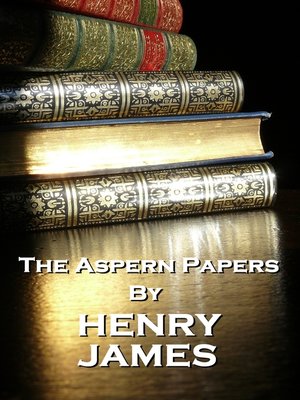 The Aspern Papers is one of the novellas written by Henry James in the late-nineteenth century. It tells the story of a literary biographer and publisher who is after what is believed to be a number of letters sent by the dead poet Jeffrey Aspern to his beloved Juliana Bordereau. The protagonist, who is also the first-person narrator of the story, travels to Venice where the old woman lives and presents himself to her as a bourgeois writer who is just looking for lodging in her mansion. Thinking solely of Aspern's letters, he begins flirting with Juliana's aged niece in an attempt to get closer to his goal, yet the niece completely denies the existence of any such relics. When Juliana falls ill, the narrator sneaks into her room to search in her belongings. However, before he finds anything, the old lady catches him red-handed, yells at him and falls down on the floor. After his flight from the house, Juliana dies and her niece starts to blackmail him, claiming that she can provide him with the letters if he marries her. The narrator rejects her proposal in the beginning, but when he eventually changes his mind, she informs him that she has burnt all the letters.