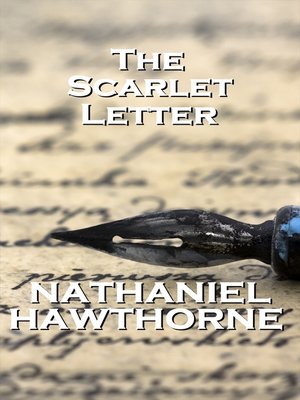 Set in 17th-century New England, Nathaniel Hawthorne's masterpiece, The Scarlet Letter, is a novel that combines the romantic style with the historical genre and a number of Gothic conventions and themes, namely the themes of sin, guilt, repentance and mortification. The book tells the tragic story of Hester Prynne who has to wear the letter "A" on her breast as a token of shame for having committed adultery and given birth to an illegitimate child that she named Pearl. Furthermore, Prynne is doubly punished for not accepting to reveal the identity of her lover. As her stigmatization by the conservative community intensifies, a highly respected minister, Arthur Dimmesdale, intervenes with local authorities to prevent her separation from her child. The narrative then focuses on the character of the churchman who appears to be suffering from poor physical and psychological health. It is only later in the story that readers understand the secret behind Dimmesdale's self-inflicted tortures. Being Pearl's biological father, he lacks the courage to publically assume his responsibilities the way Prynne does. As the narrative approaches its end, one its most emotional climactic scenes shows the three members of the cursed family together on the public scaffold where Dimmesdale finally recognizes his sin and passes away on the spot.