The Misadventures of Sherlock Holmes: The Honest and True Memoirs of a Nonentity 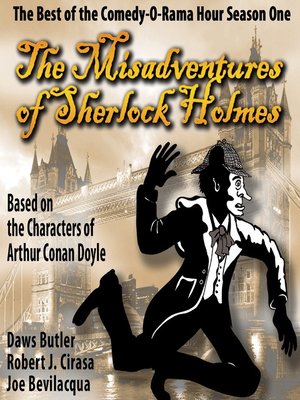 Comedy and mystery are happy bedfellows in The Misadventures of Sherlock Holmes. Veteran award-winning radio producer Joe Bevilacqua's ten-part radio theater series pays humorous homage to the classic characters of Sir Arthur Conan Doyle. The stories are filled with sly references to the original "Canon," and even the Baker Street Irregulars and other Holmesian groups and scholars have enjoyed this about the series.

Fiction Humor (Fiction)
The Misadventures of Sherlock Holmes: The Honest and True Memoirs of a Nonentity