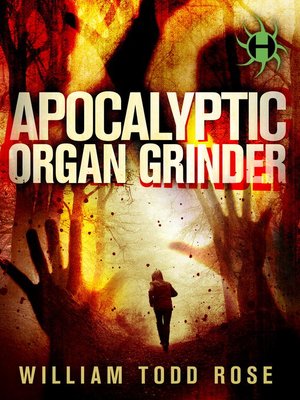 View more libraries...
William Todd Rose reinvents the zombie story with a thrilling novella of a post-apocalyptic America where saviors are heroes . . . and heroes are killers.

A fatal virus—a biowarfare experiment unleashed on an unsuspecting world—has reduced the once-mighty United States to a smattering of tribes dueling for survival in the lawless wilderness. The disease-free folk known as Settlers barricade themselves in small villages, determined to keep out the highly contagious Spewers—infected humans who cannot die from the virus but spread the seeds of death from the festering blisters that cover their bodies.

Tanner Kline is a trained Sweeper, sworn to exterminate Spewers roaming the no-man’s-land surrounding his frightened community. As all Settlers do, Tanner dismisses them as little more than savages—until he meets his match in Spewer protector Lila. But when hunter and hunted clash, their bloody tango ignites a firestorm of fear and hatred. Now, no one is safe from the juggernaut of terror that rages unchecked, and the fate of humanity hangs on questions with no answers: Who’s right, who’s wrong . . . and who’s going to care if everyone’s dead?
Praise for Apocalyptic Organ Grinder

“With strong echoes of Richard Matheson’s I Am Legend, William Todd Rose’s Apocalyptic Organ Grinder delivers on all fronts. The action is brutal and the blurring of man and monster intelligently and inventively handled. Rose has written a smart thriller with a ton of heart.”—Joe McKinney, Bram Stoker Award–winning author of The Savage Dead and Inheritance

“Dark, and definitely not fluffy . . . a no-holds-barred look at what may happen in the future.”—Mrs. Condit & Friends Read Books