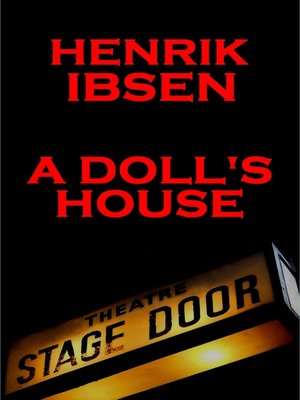 Henrik Ibsen (20th March, 1828 – 23rd May, 1906) is often referred to as the father of realism and ranked just below Shakespeare as Europe's greatest ever playwright especially as his plays are performed most frequently throughout the world after Shakespeare's. However, according to Russia's leading newspaper, Pravda, the most performed single play in the world is Ibsen's A Doll's House. He was not Russian but actually Norwegian and although set his plays in Norway, he wrote them in Danish and lived most of his professional life in Italy and Germany. His affect on the theatre is still evident today and shapes the distinction of plays being art as opposed to entertainment since he broke down all previous traditions and explored issues, developed characterisation, revealed uncomfortable truths, challenged assumptions and brokedown facades in ourselves as well as society. These factors, together with a slight psychological introspection, are clearly demonstrated in A Doll's House which strives to portray life accurately and shuns the usual idealised visions of it that had thus far been on stages throughout the world. The play highlights Ibsen's wish for women to have greater rights as the central protagonist is a woman who although leads a privileged life with an adoring husband, beautiful children and everything a woman of station might want, has, a past secret which unravels her precise calibrated life. This play was written in prose and should be read as such whether it be before or after seeing a performance as it is a true masterpiece.