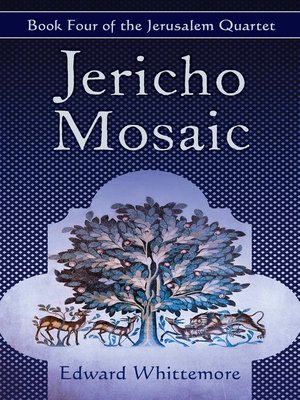 The stunning conclusion to Edward Whittemore's Jerusalem Quartet: The remarkable story of an Israeli agent who infiltrates Syrian intelligence, keying victory in the Six Day WarYossi is an ideal agent for the Mossad—an Iraqi Jew, an idealist, and a charming loner, fluent in Arab dialects. Tajar, a brilliant agent, recruits and manages Yossi, code-named the Runner. Thus begins the longest-running and most successful operation in the history of Israeli intelligence. Yossi's cover is Halim, a Syrian businessman who has returned home from Buenos Aires and whose charm inspires high-level friendships. His reputation leads to an opportunity that he can't refuse: Tajar becomes a double agent infiltrating Syrian intelligence.Meanwhile, in the desert oasis of Jericho, Abu Musa, an Arab patriarch, and Moses the Ethiopian, meet each day over games of shesh-besh and glasses of Arak to ponder history and humanity. We learn about the friendship of Yossi's son, Assaf, an Israeli soldier badly wounded during the Six Day War, and Yousef, a young Arab teacher who, in support of the Palestinian cause, decides to live as an exile in the Judean wilderness.Jericho Mosaic is the final volume of the Jerusalem Quartet, which begins with Sinai Tapestry, Jerusalem Poker, and Nile Shadows. Steeped in the history and landscape of the Middle East, it is a story of idealism and dreams, hope and despair, and life's moments of breathtaking beauty.

Edward Whittemore (1933-1995) graduated from Yale University in 1955 and went on to serve as a Marine officer in Japan and spend ten years as a CIA operative in the Far East, Europe, and the Middle East. In addition to writing fiction, he managed ...

More about Edward Whittemore
Jericho Mosaic
Copy and paste the code into your website.
New here? Learn how to read digital books for free