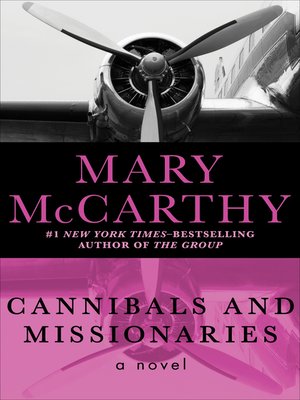 En route to Iran, a plane is captured by Middle Eastern terrorists intent on holding hostage the committee of politicians, religious leaders, and activists on a mission to investigate alleged human rights violations by the shah. But the kidnappers soon discover that there is a greater treasure onboard. Among the passengers are prominent art collectors with access to some of the world's most valuable paintings—priceless works that could fund global terrorist activities for decades.

After the captured plane sets down in a remote Dutch farming collective by the sea, events go rapidly and frighteningly awry. As negotiations with government agencies stall, concerns over rare artwork threaten to trump the regard for human life, and both captors and captives will face bitter truths about their conflicting values, manners, and ideologies as the ticking clock races inexorably toward an explosive endgame.

Mary McCarthy's masterful Cannibals and Missionaries is a remarkable novel of events and ideas that sheds light on the tragic foibles of human nature while exploring the terrorist psychology with supreme intelligence and insight.

This ebook features an illustrated biography of Mary McCarthy including rare images from the author's estate.

Mary McCarthy (1912-1989) was an American literary critic and author of more than two dozen books including the 1963 New York Times bestseller The Group. Born in Seattle, McCarthy studied at Vassar College in Poughkeepsie, New York, and graduated ...

More about Mary McCarthy
Cannibals and Missionaries
Copy and paste the code into your website.
New here? Learn how to read digital books for free