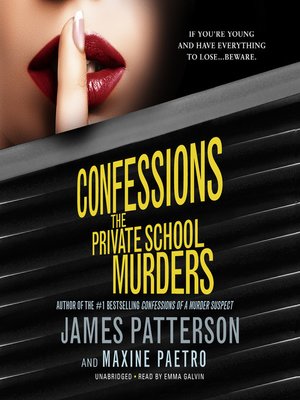 Tandy Angel may have beat the NYPD at their own game when she solved the case of her parents' mysterious deaths, but she isn't done yet. Her brother Matthew stands trial for the murder of his girlfriend, and Tandy's determined to find the key piece of evidence that will exonerate him once and for all. Then when one of her classmates shows up dead on New York's West Side, Tandy refuses to stand idly by. As the body count rises, Tandy's investigation into the string of murders threatens to become an obsession. Yet Tandy's greatest obsession may be figuring out what happened to James Rampling, the handsome son of the wealthy enemy of her family, whom Tandy fell in love and ran away with—and who disappeared under suspicious circumstances.

The confessions keep coming as Tandy delves even deeper into her own tumultuous history and the skeletons in the Angel family closet.