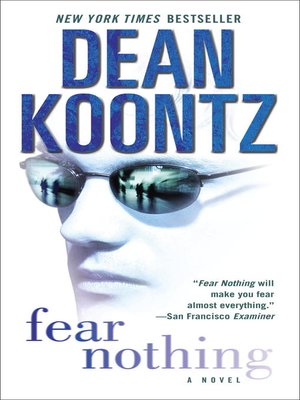 View more libraries...
Fear, compassion, evil, courage, hope, wonder, the exquisite terror of not knowing what will happen on the next page to characters you care about deeply—these are the marvels that Dean Koontz weaves into the unique tapestry of every novel. His storytelling talents have earned him the devotion of fans around the world, making him one of the most popular authors of our time, with more than 200 million copies of his books sold worldwide.

Christopher Snow is different from all the other residents of Moonlight Bay, different from anyone you've ever met. For Christopher Snow has made his peace with a very rare genetic disorder shared by only one thousand other Americans, a disorder that leaves him dangerously vulnerable to light. His life is filled with the fascinating rituals of one who must embrace the dark. He knows the night as no one else ever will, ever can—the mystery, the beauty, the many terrors, and the eerie, silken rhythms of the night—for it is only at night that he is free.

Until the night he witnesses a series of disturbing incidents that sweep him into a violent mystery only he can solve, a mystery that will force him to rise above all fears and confront the many-layered strangeness of Moonlight Bay and its residents.

Once again drawing daringly from several genres, Dean Koontz has created a narrative that is a thriller, a mystery, a wild adventure, a novel of friendship, a rousing story of triumph over severe physical limitations, and a haunting cautionary tale.

This ebook edition contains a special preview of Dean Koontz’s The Silent Corner.