A Sea of Shields 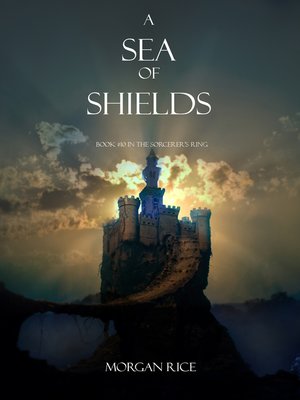 A SEA OF SHIELDS is Book #10 in the 17 book bestselling series THE SORCERER'S RING, which begins with A QUEST OF HEROES (book #1)—a FREE download on Kobo, with over 1,000 five star reviews!

Thor has no choice to but to embark to find his mother, to leave his wife and child and venture away from his homeland on a perilous quest that will have the very future of the Ring at stake. Before Thor embarks, he unites with Gwendolyn in the greatest wedding in the history of the MacGils, and he is given the honor he has always dreamed of when he is inducted into the Silver and becomes a Knight.

Gwendolyn feels a looming danger to the Ring, and furthers her plans to rescue all of her people in the case of a catastrophe. Erec receives news of his father's illness, and is summoned back home, to the Southern Isles; Alistair joins him on the journey, as their wedding plans are put in motion. Reece, despite himself, falls in love with his cousin, and when Tirus' sons find out, they set in motion a great treachery. And Romulus, in the Empire, discovers a new form of magic which may just destroy the Shield for good.

With its sophisticated world-building and characterization, A SEA OF SHIELDS is an epic tale of friends and lovers, of rivals and suitors, of knights and dragons, of intrigues and political machinations, of coming of age, of broken hearts, of deception, ambition and betrayal. It is a tale of honor and courage, of fate and destiny, of sorcery. It is a fantasy that brings us into a world we will never forget, and which will appeal to all ages and genders.

All 17 books in THE SORCERER'S RING are now available! And Morgan Rice's new fantasy series, KINGS AND SORCERERS is also available, beginning with book #1, RISE OF THE DRAGONS, a free download on Kobo, with over 400 five star reviews!

"A spirited fantasy ....Only the beginning of what promises to be an epic young adult series."
—Midwest Book Review (regarding A Quest of Heroes)