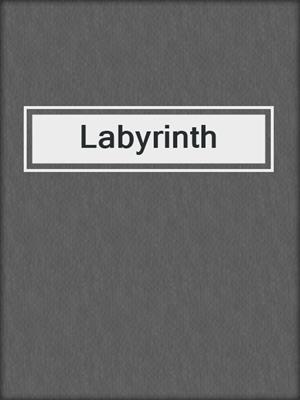 Labyrinth is not so much a place, as a state of mind; the domain of men who worship the female sex and with the same gut level passion reduce them to little more than sexual playthings. Alec West On windswept nights, off city streets, from the monotony of daily life, four sexy females are seized by powerful men who will take them into the depths of a mysterious Labyrinth for a 24 hour orgy of sadistic sex and forced submission. The powerful erotic spell the Labyrinth weaves around its submissive females remains unbroken until the last hour of each spectacle is played out. Among the four is the beautiful Lana...until her charming black lover swept into her world, she was a sad girl with great ambitions working for tips in an all-night diner. Though she's now a successful magazine editor, this seductive beauty remains an owned woman, in every way a slave to the dominant lover who rescued her from despair. Shackled, caged, beaten and thoroughly trained as a humble sexual servant, she's faithfully served her master. But now she wants out of the contract she once signed in blood. The only way to earn her freedom will be to give her master what he desires...the waifish ballet dancer, Evie. But time is slipping by fast. Lana has only until the end of the Labyrinth's next gathering to bring Evie to her master or he'll void their deal and she'll be sold! The ambitious stockbroker, Kathryn, and the overworked seamstress, Jewel, join Lana and Evie, telling tales of the mystifying Labyrinth and the unfolding drama that will determine if Evie will succumb to the seduction and Lana earn her freedom.