The Dragon, the Wizard & the Great Door 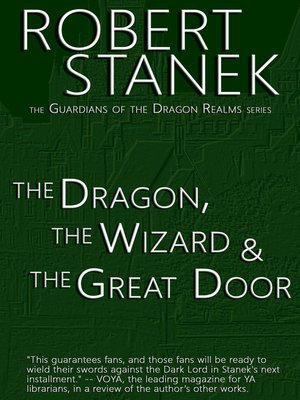 Guardians of the Dragon Realms

An epic adventure in the grand tradition of "The Kingdoms and the Elves of the Reaches" and "In The Service of Dragons". Thousands of them died in the war. The survivors fled to the four corners of the lands. Some few escaped to the frozen wastes of the far north where they bide their time and plot their return. Such a hard life requires sacrifice. There are things that must be done without. But when a great plague settles in and the dying begins anew two must sacrifice themselves for the good of the many. Enter a frozen world of frost beasts, hoar hounds, tundra cats, snow trolls, and ice giants. Discover the battle bear troops and a great golden dragon from an age long since past.

Guardians of the Dragon Realms