ebook ∣ Dead in the City 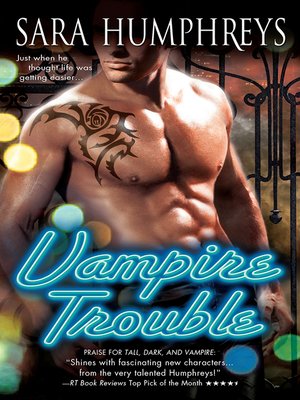 Dead in the City

Book 2 of Dead in the City

"Sara Humphreys has taken the vampire mythology and truly made it her own." —Romancing the Dark Side

A fledgling vampire ignites a war...

Maya remembers the last moments of her life as a human with haunting clarity, and every man she meets pays the price...until Shane. Finding herself in the middle of a bloody fight between vampires and werewolves, Maya has no choice but to let the devastatingly sexy vampire guard get close to her.

And that's not all that heats up...

Shane Quesada, a four-century-old vampire sentry, is known for his cold, unemotional precision, but once Maya begins to invade his dreams, his world is changed forever. His job to protect her is swiftly replaced by the all-consuming need to claim her as his own.

The Dead in the City Series:

Tall, Dark, and Vampire (Book 1, Dead in the City)

Praise for Tall, Dark, and Vampire:

"Riveting, outstandingly written... A must read for all vampire lovers." —Bitten by Love Reviews

Dead in the City