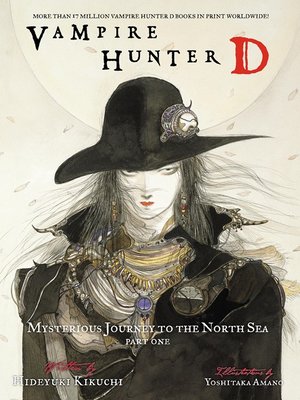 Even a reluctant hero can't refuse the last request of a beautiful woman. On her deathbed, the mortally wounded woman gives him a strange gem and asks him to deliver the priceless stone to her sister, far off in a North Sea fishing village. D's journey is made ever more perilous by a series of scoundrels and rogues hired by the girl's murderer. They'll stop at nothing to claim the jewel. Will they catch him? Hideyuki Kikuchi's crackling narrative and Yoshitaka Amano's imaginative artwork make this a must-read entry in the series.