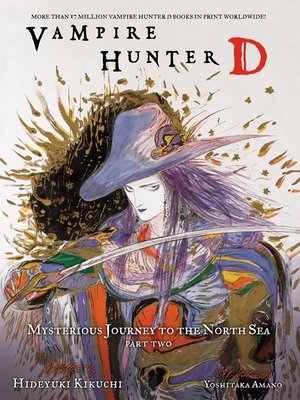 View more libraries...
The picturesque coastal town of Florence was known for millennia as a pleasure resort for the Nobility. As retribution for their decadence, the cruel and beautiful vampire inhabitants were "punished," driven out more than a thousand years ago by a solitary traveler in black. Only one-Baron Meinster-refused to leave, only to be thrown to the waves by the mysterious assassin.
Summoned to contemporary Florence by Su-in, sister of a murdered village girl, the enigmatic Vampire Hunter D discovers a vampire curse ravaging the town's human inhabitants. The plague apparently originating, impossibly, from the unforgiving sea-could it be Meinster's Revenge?
* More than seventeen million Vampire Hunter D books in print worldwide.
* Cover and six interior illustrations by renowned artist Yoshitaka Amano!