Scared of the Dark 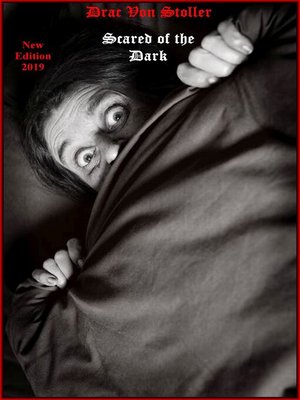 Michael was the youngest in his family, just eight years old and loved to watch his favorite TV show called Dark Shadows. Michael's older brother David and his sister Susan would constantly sneak up while Michael was watching Dark Shadows in the dark and scare him. Even though his brother and sister did a good job scaring him, what really scared Michael the most was the vampire Barnabas Collins.

At night when Michael would get under the covers, he would shake like a leaf and slowly pull the covers over his head. Michael's bedroom didn't have a door which scared the living daylights out of him.

One stormy night when Michael was lying in bed trying to sleep, he saw a black cat walk across his window just as the lightning lit up the sky. Michael would jump out of bed and run down the hall to his parent's room to sleep in their bed until morning. Michael's parents would tell him to stop watching Dark Shadows and maybe his fear of sleeping in his bed alone would diminish.

Michael said, "I wouldn't be so scared if my brother and sister would stop teasing me. Every now and then I would pull the covers slowly down below my eyes just enough to turn my head and see my brother walk across my doorway dressed in a cape and tell me he was coming to get me soon.

I would just pull the covers over my head and shake like a leaf and pray for daylight."

The next night as Michael was lying in bed the caped figure went passed his bedroom doorway and the figure said, "Soon, very soon, you will join the dead."