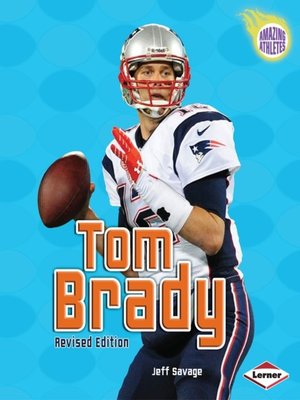 Quarterback Tom Brady of the New England Patriots has done it all in the National Football League (NFL). He and his teammates have won the Super Bowl three times. Twice he was named Most Valuable Player of the Super Bowl. But Tom didn't get to the top by being satisfied with his accomplishments. He still has the drive to win, and almost made it to the Super Bowl again in 2014. Learn all about one of the fiercest competitors in football history.