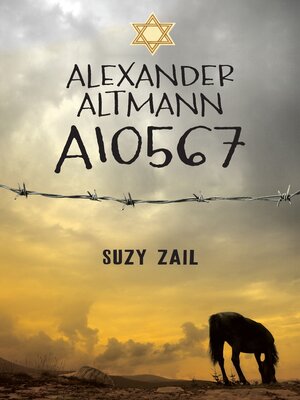 Fourteen-year-old Alexander Altmann doesn't need to look at the number tattooed on his arm. A10567: he knows it by heart. He also knows that to survive Auschwitz, he has to toughen up. When he is given the job of breaking in the commander's new horse, their survival becomes intertwined. Alexander knows the animal is scared and damaged, but he must win its trust. If he fails, they will both be killed.
Alexander Altmann A10567 is a confronting junior fiction novel by award-winning Australian author Suzy Zail. This powerful story of hope, adversity and redemption is set against the historical backdrop of the Holocaust. Suzy's first book for young adults, The Wrong Boy, was short-listed for the 2013 Children's Book Council of Australia (CBCA) Book of the Year Awards.
"A confronting but gripping novel ... a powerful story of hope, adversity and redemption." Junior Books+Publishing