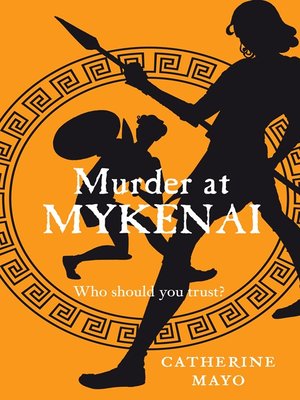 A voice slid like a knife into his ear. "You vermin," it said. "In a moment you'll be nothing, no more than a lump of dead meat. That will silence our little secret, won't it?"

Friendship vs. treachery in Ancient Greece, a decade before the Trojan War. Menelaus, teenage son of the assassinated High King of Greece, Atreus, is skidding ever deeper into danger. Odysseus, his best friend, tries to help – but Odysseus's great ideas have a tendency to backfire ... Who should you trust when there is murder at Mycenae?

New Zealand author Catherine Mayo's exciting debut book takes a fresh approach to Greek myths and legends, portraying the heroes of the Trojan War in their adolescent years. Young adult fiction readers and lovers of the Classics will be engrossed by this epic action-adventure Bronze Age novel, with its backdrop of political scheming and mystery.