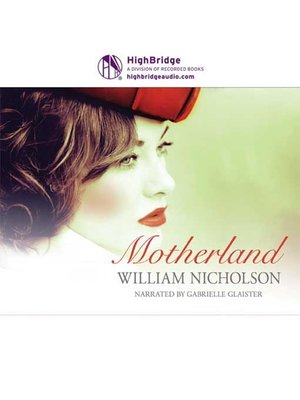 All the Hopeful Lovers

Kitty is loved by two best friends: Ed, a handsome hero, and Larry, not-so-handsome, not-so-heroic, but a good, kind man. Larry adores Kitty from the start, but it's Ed who Kitty marries. Both men go off to war, and Ed wins the highest military honor for his bravery. But sometimes heroes don't make the best husbands. As the years go by and her marriage begins to crumble, Kitty slowly realizes that Larry is the one with whom she can be happy. Eventually, a little older, a little sadder, Larry's long faithful love is rewarded. Kitty and Larry admit their love, but only at the cost of tragedy. Epic in its reach from wartime Sussex to Nazi-occupied France to London after the war, perceptive and compassionate in its illumination of life's greatest challenges and triumphs, Motherland follows three characters sharing their hopes and dreams, love and losses amidst war and its aftermath.

All the Hopeful Lovers