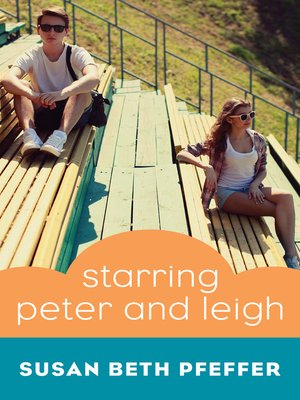 Leigh trades in her acting career to play a starring role in her own life
Most people don't get to retire at age sixteen, but that's what Leigh is planning to do when she moves to Long Island to live with her mom and her new stepfather. Leigh has been acting all her life, most recently on a successful TV show, and she can't wait to be the kind of normal high school student she's only ever played on screen.

For advice on playing the role of a normal teenager, Leigh turns to her new stepbrother, Peter. Peter has hemophilia, a medical condition that has kept him out of school for a while—but missing out on high school life has given him a good eye for what normal looks like. Together, they figure two outsiders can create one socially successful high school student.

They might even be right. Peter is smart, wryly funny, and a good friend when he's not being a bad invalid. And Leigh knows she can do it—after all, acting is what she's good at. But the thing about acting is that at the end of the day you get to go back to being yourself, a luxury Leigh starts to think she might not have appreciated enough when she had it.