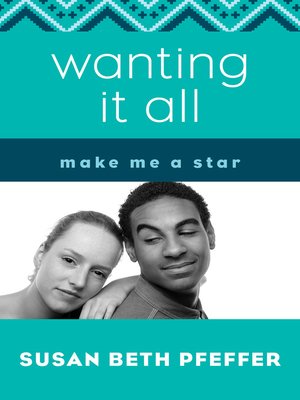 Alison, Molly, TJ, Miranda, Rafe, and Bill have been on Hard Time High for five months—but real life is a lot more complicated than any TV script could make it seem
Things are changing on the set of prime time's new hit series. For starters, the producer's daughter, bratty twelve-year-old Susie Goldstein, now has a role on the show.

Sixteen-year-old Alison Blake, a former Miss Young America, has been wowing audiences since she was three . . . and supporting her family on her looks. Now she wants to be judged on her own merits. She gets a welcome reality check when her high school boyfriend, Seth Lewin, shows up on the set and announces he's moving to Los Angeles to be near her. Alison has to fight for the right to date Seth while keeping a secret that could get Molly fired from the show.

Seasoned TV veteran Bill Douglas is vice president of his junior class. He wants to have it all—success, celebrity, and love. But his longtime girlfriend, Calista Hasbrouck, doesn't seem to see things his way.

They're all on their way to stardom. But will the limelight translate into lasting fame—or leave them with broken dreams?