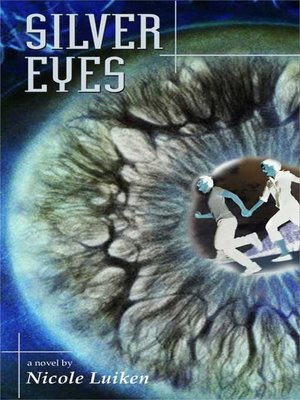 Angel had no memory

of the secret message,

but the writing was hers.

In a world where humans work on Mars and loyalty is controlled by a brain chip, eighteen-year-old Angel Eastland can't retrieve her memory. Violet-eyed from the effects of a genetic experiment, she is hired as an investigator by the SilverDollar Mining Company. When she captures an nineteen-year-old fugitive named Michael Vallant, Angel senses an intimate connection with him -- one that disturbs her, especially when they kiss.

Angel's chip and her silver-eyed boss, Anaximander, one of the Augmented, tell her that Mike is a threat and must go through Loyalty Induction. But more secret messages compel Angel to resist and to help Mike. As Spacer terrorists from Mars attack SilverDollar, Angel and Mike race to find out who's really behind the unrest. Against an evil enemy who will kill to win, Angel has one chance to find her memory -- and to save her life.