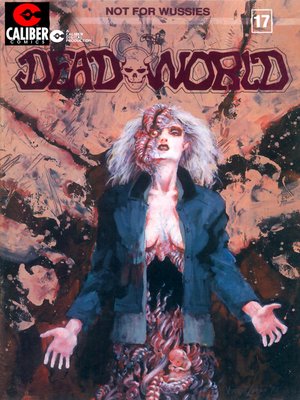 "Hole in the Sky" A considerable amount of time has now passed. We find that Dan and Joey have found a sizable defended community and decided to stay. Both of them establish themselves within the community as Dan takes on the role of a car mechanic and Joey becomes a student. This large group is trying to reestablish civilization and attempting to bring a sense of normalcy to the crazed and deadly world. Jenny and Marla are Joey and Dan's girlfriends, respectively. "Deadworld is a grand experiment and really has a special place in the history of horror comics." - Comic Book Therapy