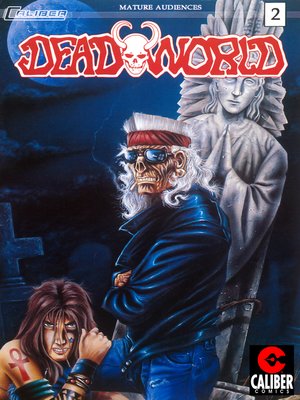 Reyna enlists Bowker to engage in a power play against Jaxson in order to return Moloch to leadership rule of their new military city complex. But first Bowker has to take care of the intelligent female zombie known as "Vamp". And in a surprise move, Bowker enlists the aid of King Zombie to take over the city. While elsewhere Dan, plagued by visions, decides to leave the motorcycle gang he and Joey have come across. "This is the original zombie comic and it's easy to see why it's lasted so long." -World's Heavyweight Comics